“colors are transmissions”
you said
“transmissions from somewhere else”
you always crave transmissions
from somewhere else
shortwave radio broadcasts
rife with the chi of center earth
public access television
from deep in a rainforest
snippets of exotic musics
raining down
dust from the stars . . .
you sit tucked into a corner
your face pressed against a small window
wanting another street
magical, luminescent
other –
you would leave your room, go
down into that gray street,
have someone stake you bus fare,
if only you knew where to go
Posted by Bill Zink at 03:03 No comments: Links to this post

an audience recording of The Feelies
somewhere in , sometime in ‘88
you hear air
distance
split
those kids singing in those accents
jangle like seltzer
bitter
broken disassociated split
at the back of your head like nostalgia
but not nostalgia, the gnaw cold
and the jitter, and the jangle
code deep
a face of vertigo
coming out, the other end of a
very long sentence that has
long ago abandoned recognizable
grammar, subjects and objects
cartwheel over each other
it was, at one time,
a happy reel, I suppose
Posted by Bill Zink at 23:33 No comments: Links to this post

fragility of sun filtering
back through tall, weedy trees
made explosive by gold autumn
I will never see that light again
in exactly the same way . . .
at the same angle
with the same foliage
even now turning brown
& driven groundward by wind
the branch precariously balanced
since last winter stays, but the day comes
when it is thrown down
when even that which is permanent
is thrown down
- to come around again
different, or the same
a series of notes played the same
on a different piano
a keening harmony shifting
melody around it,
always coming back, the same
different and everything
with this day a point on the arc 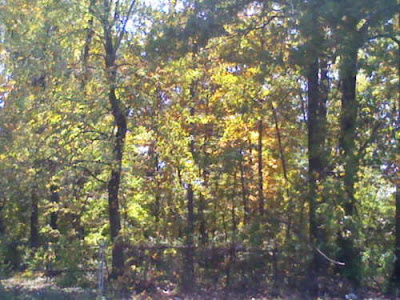 Posted by Bill Zink at 01:30 No comments: Links to this post

I was a bit taken aback by the outpouring of grief for Steve Jobs … I had no idea that so many people would take the loss so personally.  And I had no idea that he would be cheered as such a “great American”.  I wonder if Bill Gates will engender such a deeply personal reaction when he passes?
Now, don’t get me wrong: if you are a great believer in American capitalism, then Steve Jobs should be a hero to you.  He is, unquestionably, one of the great capitalists of his generation.
And I understand that many people have a deep fondness for the gadgets he developed.  I know many people who swear by Macs, and won’t even touch a PC unless it is absolutely necessary.  I hear the testimonials about how the iPod changed the whole musical landscape, though I don’t buy that for one minute.*  I see the people who fetishize their iPhones and iPads, and though I can appreciate them as cool little toys, they are far from “game changers” as far as I can see.
I do not own a single device that was created directly by Apple (though, not being a techie, I may have some devices with Jobs-developed tech in them and not know it).  I never got a Mac because they were/are expensive and don’t play well with other computers.  I never got an iPod because they have obnoxiously proprietary software, and they don’t play well with the online music sites I subscribe to (though, that aside, I do think they are the finest portable music devices currently made).  I haven’t got an iPad because, frankly, given the amount of typing I do on a computer, it would be of much less use to me than a laptop, and you can get a pretty decent laptop for the price of an iPad.  I do lust after an iPhone to a small degree, but the stupid phone that I currently have serves my needs well enough (plus I don’t have to pony up for a ridiculous plan just so I can check scores on my phone when I’m stuck at work).
Indeed, the proprietary nature of all of Jobs’s hardware seems anti-democratic (“If you want the cool stuff, you have to pay for the cool stuff, and you have to buy it from me.  And you not only have to buy the hardware from me, but the software as well.  And you’re going to have to pay extra, because this is, after all, the cool stuff.”).  The proprietary nature of his tech was designed to create a self-sustaining market for his products.  More than creating cool stuff, Jobs was interested in cornering a market by creating cool stuff.  The cool stuff was not the end, it was the means, with market domination as its end.  To me, he’s nowhere near being in the same league as whoever it was who introduced consumer-grade recordable media to the general public … now there was a guy/gal/team of folk who really changed things.
There is the air of hipness around Apple, an air of exclusivity.  I don’t think it is a stretch at all to think of Apple products as fetish objects.  And while I do appreciate that there is a level of high design to everything that Jobs touched, I don’t think that Apple products are held in the regard they are simply because of their quality: it’s all about fashion, and it’s fashion dictated by marketing.  At the end of the day, Jobs’s real triumph was not in technology, it was in marketing.
Please do not take this as a criticism of Steve Jobs: I live with a designer, I have designers in the immediate family, I understand the value of design.  Design was the cornerstone of his marketing, and even if marketing was his real triumph, design was essential to his marketing campaign. He was very, very good at what he did.  The only problem I have is that I’m not sure all the eulogizing takes into account what he really did.
Again, Jobs was the consummate capitalist.  I can admire him in the same way that I admire a consummate basketball coach … Bobby Knight, say.  Furthermore, as far as I know, Jobs conducted his business in a relatively moral and forthright way, given the morality and rules of capitalism.  I have no problem whatsoever with Steve Jobs as capitalist.
But I do have a problem with Steve Jobs as cultural icon.  The kind of culture that worships Steve Jobs is a culture reduced to a glossy magazine ad.  Or, perhaps more accurately, a culture reduced to a trendy lifestyle-enhancing iPhone app.
____________________
*  That argument could be made for the faceless Japanese engineer/design team at Sony who invented the Walkman, thereby changing dramatically the role of music in our lives.  The iPod, to me, is an updated Walkman with a big promotional campaign.
Posted by Bill Zink at 00:52 7 comments: Links to this post

Thaddeus Russell's Dead Horse; or, Philosophizing With a Shotgun

A Renegade History goes deeper.  It goes beneath what the new "social history" portrayed as the bottom.  It tells the story of "bad" Americans - drunkards, prostitutes, "shiftless" slaves and white slackers, criminals, juvenile delinquents, brazen homosexuals, and others who operated underneath American society - and shows how they shaped our world, created new pleasures, and expanded our freedoms.  This is history from the gutter up.  -- Thaddeus Russell, A Renegade History of the United States, from the Introduction.

So goes Russell's mission statement from the very first page of the book . . . and he sticks by it relentlessly, starting with a concept and slotting any and all facts at his fingertips to buttress this "radical" view of the world.

Nietzsche said he philosophized with a hammer.  Russell, if he "philosophizes" at all, philosophizes with a shotgun.  A sawed-off shotgun, to be precise.  And like a sawed-off, no matter how much impact there may be up close, once you step back, it largely looses its effect.

In case it's not clear, it is Russell's thesis that the refuseniks of our culture are the ones who have defined our culture.  Further, it is these refuseniks who have defined our freedom by stretching what is allowed by the dominant culture.  All this by simply refusing to play along with the establishment.  See how easy that is? So, maybe those Wall Street protests will work after all . . .

Seriously, though, it is something worth spelling out: how do the refuseniks, the underclasses, the renegades, the "bad" people, whatever you want to call them, create the America we live in right now?  Russell clearly here is not taking the same tack as Howard Zinn; that is, he's not fitting them into a Marxist narrative as to what the history of the "people" is - it's clear that Russell's "people" aren't Zinn's "people", thought they are both, by and large, talking about the same people.  And that is to Russell's credit, even if it isn't necessarily to Zinn's detriment.

There are two basic related problems to Russell's book: first, like Zinn, he's too quick to slot given people and events into his system, to interpret history for his own purposes.  Like Zinn (even more so, I would say), he starts from the conclusion and works backwards.  This, in and of itself, is not a problem: if the "facts" line up with the conclusion, and the conclusion is an interesting and/or useful one, then we could work with it.

That, unfortunately, leads to his second problem: what exactly is this system, this solution, that he is proposing?  Well, as far as I can tell, he simply wants to posit that the common man defines history against the system, that man defines culture in opposition to civilizing (hegemonic mainstream) influences.  He is, of course, defining the monolithic vision of the great American Individualist in frankly libertarian terms, and moreover, making that the centerpiece of American History . . .

. . . which, to me, far from sounding revolutionary, seems to be the same bill of goods we've been sold since the idea of an American state existed, even if Russell trades whores, queens, jazz musicians, and drug addicts for the farmers and industrialists of the original American myth.  Like the idea of a  new class of mainstream black capitalists as revolutionaries of race in America, it is not convincing . . . the names and faces have changed, but the song remains the same.

At the end of the day, there's no question that Russell's "renegades" have helped define current American culture; it's pretty self-evident, even beyond the whole "flap of a butterfly's wings causes a typhoon in China" sort of complex system dynamics.  It is also self-evident that American culture is equally defined by the millions of people who do very ordinary mainstream things, like working a normal job, going to church, etc.  And while it may be worth discussing exactly how this "renegade" dynamic works, Russell doesn't do it with any kind of insight that might be interesting.  As a matter of fact, it's this lack of insight, accelerated to an unwillingness to even think through the topic that is practically anti-intellectual, that makes this book ultimately not worth reading.  That, and the fact that he could have exhausted the thesis of the book in a short paper.