We here at the gateway to the South are on the clean edge of this mania pounding the Midwest right now . . . and when I say "edge", I mean cold, stark, edge.  As I sit here and type, my little Weather Channel temperature gauge reads 50 degrees, down from 54 an hour and a half ago.  But, run up to exit 4 in Indiana like I did earlier this evening, and the temperature drops seven degrees in that six mile span.  It is probably no more than ten miles up that the rain starts freezing.  And, by the time you get up around Seymour, it's a freaking mess.  Seymour is the breaking point for most weather, right where the bodies of the systems that run up the Ohio River hit in their real glory.

You know who else dodged a bullet?  Leland, MI.  They've got some pansy-assed "Winter Weather Advisory" going right now (though their advisories are Louisville's snow emergencies).  Seems everything is just north of us, and just south of Leland.  That is some monstrous freight train of a storm, I tell you what . . . it takes me just under ten hours to drive that stretch in the hot, steaming summer (well, not quite, 'cause that includes a stop for lunch).

Ah, summer . . . can that run of brutal heat now really be a fond memory?

The cove cam pictures look relatively tame compared to the framed pictures in the shops that actually stay open in the winter.  Here's a couple: This would be Fishtown, Winter Wonderland version. 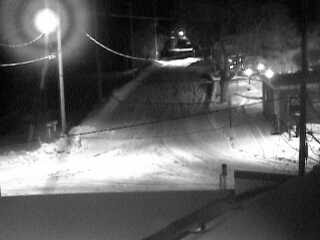 And this would be Lake Street, just above the Harbor.

UPDATE: Thought it would be nice to include a couple daytime shots: 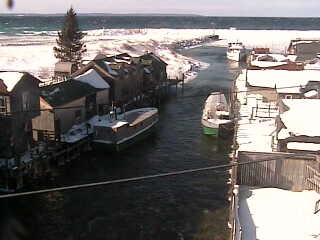 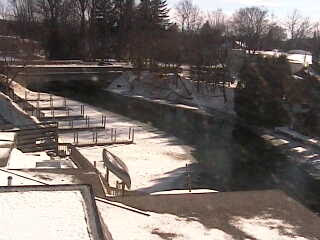 upriver from Fishtown.  Enjoy!
Posted by Bill Zink at 00:44