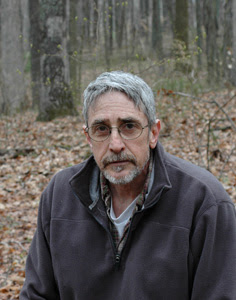 Hello friends.  Hard to believe that it's almost all-star break already . . . need to crank up this summer a little bit for some fun.  At least we haven't been getting hammered with heat like last year.  Anyway, not much to write, so I thought I'd drop my favorite Eric Rensberger poem on y'all:

LANDSCAPE: WEATHER BECOMING DOLPHY
evidence of high wind
everything that gets so far off the earth
is returned to it thrown down
new growth starts up
the bones of what did tower
/and the animals get their backs and rumps roughed up from
bowing backward to the gale
/and the birds are made to skim an arm's length ahead of the
storm
/and the people are built with extra bracing, like houses
that expect the worst
and what's out there
the weather is the same as what's
in every human heart
bad trouble and energy
enough to make it real
/but over there on the edge of the earth is a black wood with
extra-human sounds in it
/and if the animals and the bent trees keep pointing in the
right direction
/and if only the wind can reach that far and then blow through
it and if
the right fingers appear
with their silver keys
unlocking faster and wider
than the wind can
slam shut the doors of
the wood, we'll finally hear
Dolphy before his head burst
playing how to live
between out and inward weather
and what's so beautiful about it
after all, what's so
important about someone
pulling melody after melody
out of his bountiful mouth

Damn, that's the shit, right there.  Makes me think about the basement over on Gardner, punching amplifiers with horns and guitars, making them rage like wounded animals . . . or, even further back, the hollowbody Kay and the clarinet, the cramped apartment on the first floor of Rufer, we had to shut off the fan and close the windows during the take, then we ran outside with icewater just to get our body temperatures down after the take . . . or, all the way back to the decaying house on the ridge in Elletsville, bourbon flowing like water, Bob & Eric & me finding our way into the universe, howling like banshees . . .
You can find the poem here.  You can get to the index of Eric's poetry site here.  Maybe it's because I feel this stuff . . .  but you should feel it too, because it's immortal.


Everything is swimming around, past images flashing like lightning . . . I'm feeling the need for a stiff drink right now . . . but cash is short, the liquor store across the street is closed, and morning is less than eight hours away.  A little sonic cure will have to suffice: the Catkillers from '96 with me, Eric, and Rob Stockwell.


Wonderful World of Sound by billzink

this popped up in my blog reader as i was listening to dolphy.

Remember this from Bears On Text 3?