As I write this, the Heat are running the Thunder out of the gym late in the third quarter of game 5.  Doesn't look like the infamous & bizarre season of 2012 will be lasting much longer.  So, before I move on to the 2012 NBA postmortem, there is this:

The Heat got who they wanted for this series.  Going into the finals, it lined up like:  the Heat wanted the Thunder, because their big three was just a little bit badder than the Thunder's big three, and the Heat have been there before (experience at each level really does mean something in the NBA, whereas "playoff experience" in other sports is totally overrated).  The Heat didn't want the Spurs, because you know Popovich would have solved the Heat somehow (yeah, I know, he didn't solve the Thunder, but the match ups between the Heat and the Spurs would be much better for the Spurs . . . you'll have to take my word on that, else this post runs totally out of control).  Along the same lines, the Celtics would have preferred the Spurs over the Thunder, because those old tired bones couldn't keep up with the Heat, and the Thunder would have made it even worse.  After the semis, I plotted it pretty much like this: Celtics v. Spurs = Celtics (actually, that would be a pick 'em); Heat v. Spurs = Spurs; Celtics v. Thunder = Thunder; Heat v. Thunder = Heat (actually, I would have had that as a pick 'em as well, but obviously, I was wrong).  Point being: matchups really matter in the NBA.

But anyway, pretty much everyone I know wanted the Thunder to win this thing.  There's still a lot of ill will focused on the Heat for "The Decision", and rightfully so: it was a totally bullshit manufactured media event, and most of the participants deserve much of the ill will they have reaped . . . except, WHY HAS NOBODY EXCORIATED ESPN FOR THEIR ROLE IN AGITATING THAT WHOLE FIASCO?  EVERYONE WAS HATING THE HEAT FOR THIS MANUFACTURED MEDIA EVENT, BUT WHY IS NOBODY HATING ON THE MEDIA?  But anyway, here we are, LeBron and the Heat are a bunch of spoiled, privileged children, expecting a title ("not five, not six, not seven") practically as a right, and it just feels appropriate to hate on them.  And yeah, I feel that . . . I don't like the Heat.  No one really likes the elite kids when they get their way.  The Thunder, on the other hand, are a bunch of "good kids" who "do things the right way" and wear cute nerdy clothes and remain relatively (relatively!) humble in interviews . . . they are the good guys.


Is it really that simple?  Here comes the cognitive dissonance . . .


In this era of the 1% v. the 99%, the Heat are (believe it or not) closer to the 99%.  It was the PLAYERS (a.k.a. the WORKERS) who dictated that team, not the owners (a.k.a. the FAT CATS).  Everyone bitches about LeBron and D (the typo) Wade and Bosh colluding to assemble this team; but when the workers get together and collude, it's called UNIONIZING.  Of course, the stakes are much different on the assembly lines and in the machine shops; but, at the core, it really is the same thing.  From the start, there was a part of me that said "I should be celebrating this . . . the workers are taking over."


On the other hand, everyone who follows the NBA is aware of the drama of Seattle.  For the uninitiated, there was once a team called the Seattle Supersonics, and, after holding the city of Seattle hostage (in the way many sports franchises do), the various big boys who owned the team moved it out of Seattle to Oklahoma City.  So, the Oklahoma City Thunder are the team of the callous 1% who don't give a shit what the riff raff (in this case, you, city of Seattle sports fan) think.


The workers v. the bosses.  A no brainer, in my house.  Or, maybe not: the wife screams profanities every time Bron is on the tube.  Score on for public relations: Bosses 1, Workers 0.


Then there's the idea that the Thunder "share" the ball more than the Heat; but seriously, I don't know where that came from . . . if Russell Westbrook wore saggy jeans, he would be vilified from coast to coast.  But, since he wears print shirts and nerd glasses . . .

. . . while I'm here, I should note that LeBron and D Wade did the nerd look before Durant and Westbrook, but it only became cute when the Thunder did it . . . but, I gotta say I don't have a problem with that, because the "gifted" kids only piss me off when they do nerd wear (terratorializing mother______s!), so we'll move on . . .

Back to the point (and yes, there was one), if you are a (left-leaning) political animal, then the Heat should appeal to you more than the Thunder, since it's essentially a series of the collective of the workers v. the nastiest owners in recent memory (and yes, I know that Miami's owners are nasty too; but really, what is the identity of the club?).  So, screw the haters, it should be POPULIST LOVE for the Heat over the Thunder, right?

Not so fast.  There is also an aesthetic level to the game, and it's here that my love for the Thunder really takes shape: Kevin Durant is simply on of the most beautiful players in the game.  He moves with fluid quickness and grace, and every shot displays not only his athleticism but also his creativity: this skinny guy isn't going to force his will on anyone . . . no, he has to CREATE for his shot.  Westbrook too is breathtaking in his quickness and unpredictability, if not as creative as his teammate.  LeBron James, on the other hand, has a tendency to hurl himself at the basket like a missile, all arms and torso and brute strength.  D Wade is missile-like as well.  For Wade and James, there is a certain brutal inevitability when they score; for Westbrook and (especially) Durant, scoring is a thing of beauty.  As impressive as raw displays of power tend to be, the beauty of the Thunder's scorers (including James Harden) can be breathtaking.


The Western Conference, on average, is a much more beautiful conference than the East.  Steve Nash is one of the most beautiful players of all time.  Ricky Rubio will be the one that steals the title from Nash, and he's feeding a pretty sweet player as well (Kevin Love).  For all the brutality of Z-bo and the younger Gasol underneath, there's a lot that's pretty about Memphis.  NO's Eric Gordon can be breathtaking in a kamakazie way.  Chris Paul can find a crack in any defense. Tony Parker as just another missile, but the Spurs's aesthetics revolve around the classicism of Tim Duncan and the avant garde of Manu Ginobili. And, of course, we have the ultimate puzzle master, Kobe Bryant.

And the East?  Well, Rajon Rondo is perhaps the most creative genius in basketball right now, but beyond that . . . the Bulls?  Ugly.  The Pacers?  Ugly.  The Sixers?  Super ugly.  Atlanta?  Who the hell knows, day to day?  The Bucks?  Scott Skiles coaches them, 'nuff said.  The Heat?  Only ever-so-slightly-less-ugly.


And here we are at the crux of the issue: the beautiful v. the just.  Who wins?  Pretty good contest, if you ask me.  At the end of the day, my choices are going to be a combination of that, along with other things: I have to be committed to a team, aesthetically or intellectually.  For the NBA and its fans, a little dissonance is a good thing. 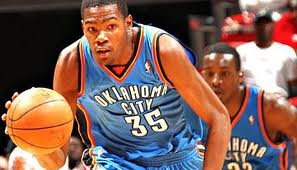 I only "scream" the one profanity. And I don't think I scream so much as "state emphatically."

I'll say that I was surprised Miami won, especially so easily. I watched much more of the Spurs-Thunder than Heat-Celtics (for many of the reasons you cite regarding west vs. east). I think that the difference here in the finals wasn't so much Lebron finally playing like Lebron when it mattered, but that "the other 2" were actually quite solid for Miami (Battier, Chalmers, Miller, et al).

Also, I don't hate Lebron. He made a dumb PR mistake. SO FUCKING WHAT!?!?! People lionize players who have felony convictions, have been investigated for all sorts of real crimes. Lebron listened to the wrong people and made the wrong decision about how to publicize the decision. The guy seems pretty stand-up in every other respect. Plus, c'mon, he can score, pass, rebound, steal, defend. He's an incredible basketball player.

Clark, I totally with you on LeBron. With the kind of treatment he's gotten his whole life, he actually seems almost down to earth. And, he has to be the most gifted player in the history of the sport; hell, against the Pacers he actually DEVELOPED A NEW SHOT FOR HIS ARSENAL COMPLETELY ON THE FLY! He never had to have a Tony Parker-style floater before, because he usually just jumped over whomever was in his way . . . but, with the Pacers just letting Roy Hibbert prowl the lane (he actually swatted James a couple times, and set up a Paul George swat from behind once), he wasn't just going to leap over the defense. So, he developed a floater between games 2 and 3. Crazy! A floater is, to my mind, one of the hardest shots to get down, and he was hitting it with alarming regularity.

But still, I can't call myself a fan because his game is u-g-l-y ugly. The end of his career should be very interesting: will he crash and burn when his physical skills start to leave him, or will he, like Jason Kidd, manage to compensate?