Avoiding the Politicians and Exploring the Depths

Yeah, I'm bored. Let's pull out some old records. These are all from my teen years: 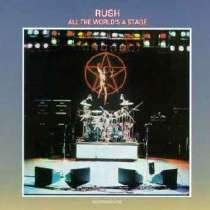 Got this when it first came out. I got 2112 first. At the time, it was a choice between this and Song Remains the Same. Rush and Led Zeppelin were two of my favorite bands. Zep was my absolute favorite, but for some reason, I bought All the Worlds a Stage first. I'm glad I did - I still infinitely prefer this to Song Remains the Same.

This is one noisy sucker. This record has a raw edge you wouldn't expect of the band that first hit with "Tom Sawyer" . . . Geddy Lee yelping breathlessly over sheets of Alex Lifeson guitar noise. Neil Peart? In the back, where he belongs.

Rock "By-tor & the Snow Dog" to feel the power. 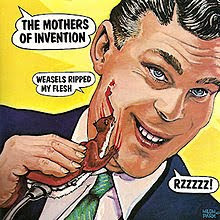 This was the last blast of the great original Mothers lineup, and was actually released after the lineup was dissolved. Taken with companion volume Burnt Weeny Sandwich, it's like a clarified distillation of Uncle Meat, my favorite Zappa album. Modern composition runs headlong into free jazz which runs into R & B which runs into early Zappa satire which is topped off by straight up noise . . . top notch stuff, friends.

By the next album, Chunga's Revenge, the decline was already well under way. With Flo & Eddie from the Turtles on board to notch up the obnoxious musical comedy quotient of the routine, Zappa was on a slide that would end up with such atrocities as Man from Utopia and Thing Fish. And yeah, I know that sprechstimme is a hoity-toity musical form exercised by tony folk such as Arnold Schoenberg, but it sucks when Zappa does it. The seventies jazz fusion I can live with, but that's about it.

"My Guitar Wants to Kill Your Mama" is a popular number from this album, as is swank instrumental "Orange County Lumber Truck", but the album as a whole is a gas. 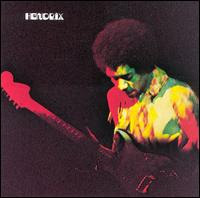 Can I even tell you anything about this album? Hasn't this already been cemented into your DNA, rocker?

Band of Gypsys is not anybody's entry into Hendrix, not with all those great early songs (he gets credit for changing the sound of guitar, but he should get more credit for changing the sound of radio), but if you're really paying attention, this is where you end up. Most all of the proper album releases from Hendrix range from incredible to staggering, with Electric Ladyland being another personal favorite, but it's this album that still remains the strongest, even with its (relatively speaking) throwaway B-side.

As a matter of fact, I don't think recorded music gets much better than the sustained intensity of "Who Knows" and "Machine Gun", the latter being the pinnacle of Hendrix's work, in my opinion. The depth of musicality and the exploratory reach in these two songs will always stand as signposts to what could have been.

Oddly enough, this album, originally released on Capitol, was meant to be nothing more than the old "contractual obligation" filler: Hendrix had signed a contract which had been forgotten until his success with Warner Brothers, and while Hendrix was sensitive to the quality of anything coming out under his name, he also didn't want to spend much time with it, nor did he want to give away too many of his new songs. This concert was at the Filmore East around New Years 69/70, and it was the debut of this lineup (featuring Billy Cox on bass and Buddy Miles on drums). In spite of the quality of the album and the place of "Machine Gun" in the Hendrix cannon, this record has always been the redheaded stepchild of his discography, and has had a spotty release history as a result. It has since been replaced by 1999's Live at the Filmore East though, if memory serves, the version of "Who Knows" is replaced by a shorter version from another show.

I have spelunked bootlegs of the complete Fillmore shows, and there is a lot of great stuff there, along with a bit more filler than I expected. You have to remember, though, it was a new band. And that band is responsible for possibly the greatest 20 or so minutes in rock history. 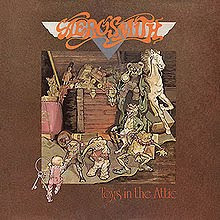 Oh yeah, I'll put this up against trendy junkie-rock like the New York Dolls and Johnny Thunders any day. Not that those guys had the bad taste to do something as heinous as a remake of "Big Ten Inch Record", but neither could they develop the ferocity and velocity to do something like "Sweet Emotion" or the title track. Rawk! 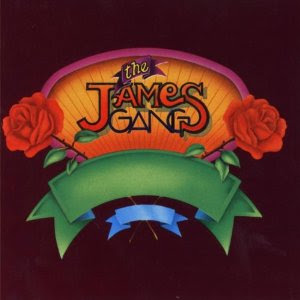 You ever see that early video of the James Gang doing "Walk Away" live? No? Well, here it is:

Freaking incredible. I saw this first in the early days of MTV, when it was mostly silly mini-movies or lip-synced live performances. Really tells you all you need to know about the James Gang.

As lame as Joe Walsh's solo career has been, and as much as an atrocity as the Eagles are, it's easy to forget what a badass he once was.

Well, you pretty much get the idea. Pretty standard fare for a Midwestern teenager in the seventies. There was a lot of other stuff, like The Who, Alice Cooper, Blue Oyster Cult, Pink Floyd, etc., along with stuff I still listen to a bunch, like the Rolling Stones, Led Zeppelin, Rory Gallagher, Captain Beefheart, and so on. Just so you don't think I've completely fallen into a well of nostalgia, I have posted a review of a brand new record on this site.

Until next time, stay safe, think for yourself, and remember: everybody is wrong about everything.
Posted by Bill Zink at 23:06

Somehow I missed this post, or didn't read the whole thing. I just saw the James Gang clip and all I can say in caps is JESUS FUCKING CHRIST THAT SHREDS! This is the sort of power trio setting I fantasize about allllll the time - where even though it's a giant 3 way dog fight, it still mysteriously comes together as a loud sonic shiv punching through your ear drums and dicing your fucking brain. Goddamn man. enough of this. I gotta watch that again.

Mornin' - I'm rewatching this before work to try and get psyched up instead of skipping work altogether.

Two more things I've noticed about this video, then I'll leave it alone:
- Did you notice that drummer's left hand? I thought it was interesting that even with his bombastic playing, he still holds his stick in the traditional "jazz way".

- As for the sound of the video, it appears as though volume took precedence over mix. Joe's vocal cords are being pushed to the limits because he's fighting to be heard over the Gang. Everything sounds overdriven, on the verge of peaking out the mics altogether. Which is exactly. how. this. should. sound. Let's face it: unless you're Tom Waits or something, 90% of the time the lyrics don't matter one goddamned bit.

Thanks again - I always thought the James Gang was pretty cool; I've just never seen/heard them with such a hard edge.