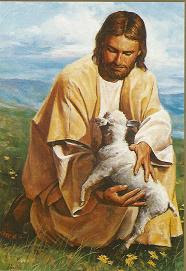 Seriously, the atheists are on my nerves as much as the fundamentalists are these days.  Below is some crap that I've hashed out before, but it's a scab I can't help but pick.

In Anti-Oedipus, their infamous evisceration of Freud, Gilles Deleuze and Felix Guattari run across the problem of atheism, and connect it to theories of the unconscious shared by Jung and Freud even after their split:


If the unconscious is thought to express itself adequately in myths and religions (taking into account, of course, the work of transformation), there are two ways of reading this adequation, but they have in common the postulate that measures the unconscious against myth, and that from the start substitutes mere expressive forms for the productive formations.  The basic question is never asked, but cast aside: Why return to myth?  Why take it as the model?  [. . .]  What we mean is that, starting from the same postulate, Jung is led to restore the most diffuse and spiritualized religiosity, whereas Freud is confirmed in his most rigorous atheism.  Freud needs to deny the existence of God as much as Jung needs to affirm the essence of the divine, in order to interpret the commonly postulated adequation.  But to render religion unconscious, or the unconscious religious, still amounts to injecting something religious into the unconscious. (Delueze and Guattari, Anti-Oedipus, pp. 57-58)

Freud is casting the unconscious at the level of the "edifying forces of myths and religions", so the function (D & G's "productive force") of the unconscious is essentially the same either way.  D & G continue


Let us recall Marx's great declaration: he who denies God only does a "secondary thing", for he denies God in order to posit the existence of man, to put man in God's place (the transformation taken into account).  But the person who knows the place of man is entirely elsewhere does not even allow the possibility of a question to subsist concerning "an alien being, a being placed above man and nature": he no longer needs the mediation of myth, he no longer needs to go by way of this mediation - the negation of the existence of God - since he has attained those regions of the autoproduction of the unconscious where the unconscious is no less atheist than orphan - immediately atheist, immediately orphan. (Anti-Oedipus, p. 58)

Removing the human from the framework of myth "orphans" it, cuts it loose . . . and, when myth is re-inserted, it is no longer "natural", but must explain itself.  And again, it is this explanation that is important: the objective fact of God's existence is essentially irrelevant.

This is a really interesting post and something which is very relevant for me at the moment. I have some friends who are very strong Christians and they are having a bit of a conversion drive with their church this week. I am an atheist but have only come to decide this recently. When people with very strong views really pushed me I realised that I couldn't believe, I just objected too much to their fervour.