The Duty of Civil Disobedience Part 2: Governance in the Larger Sense 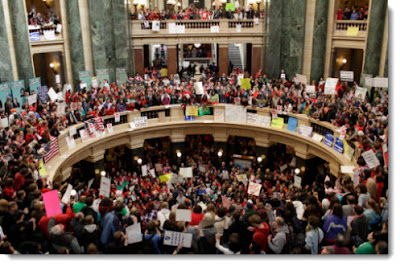 Thoreau wrote "Civil Disobedience" in 1848 and 1849.  One of the main roots of Thoreau's discontent, America's invasion of Mexico, ran from 1846 to 1848.  The spoils of that war were most of Texas, New Mexico, Arizona, and California.

Apropos Thoreau's other prime example of American governmental immorality, John Brown helped jump start the American Civil War with the Pottawatomie Massacre in 1856 and the Harpers Ferry raid in 1859.  In 1860, Abraham Lincoln was elected President, and on April 12, 1861, Confederate forces attacked a US military installation at Fort Sumter, South Carolina.  Lee surrendered to Grant at Appomattox on April 9, 1865.  Lincoln was assassinated five days later.

Thoreau himself died of tuberculosis in 1862.

Ireland's Great Famine, known here as the Irish Potato Famine, ran from 1845 to 1852.  This famine was probably the source of the biggest voluntary migration to the United States, though one hesitates to call escaping starvation and death completely voluntary.

In January 1848, the very same month Thoreau began delivering a series of lectures that would become the basis of "On the Duty of Civil Disobedience", Karl Marx finished the Communist Manifesto.

I don't have a blackboard, but there are some connections here.

Modern industry has converted the little workshop of the patriarchal master into the great factory of the industrial capitalist.  Masses of laborers, crowded into the factory, are organized like soldiers.  As privates of the industrial army they are placed under the command of a perfect hierarchy of officers and sergeants.  Not only are they the slaves of the bourgeois class, and of the bourgeois state; they are daily and hourly enslaved by the machine, by the overseer, and, above all, by the individual bourgeois manufacturer himself.  -- Karl Marx, Manifesto of the Communist Party

With Marx and Thoreau, we have historic attacks on what can be called, at their most base and simplistic level (the level on which all public political discourse takes place in this country), both the public and the private sectors.  Following the logic of current political thought, these theories are diametrically opposed, but they do have one thing in common: both are interested in attacking the structures that control and subjugate populaces.

How Marx and Thoreau came up with these ostensibly opposing positions is clear.  Thoreau was living in a brand new country with seemingly limitless land, spaces, resources, and opportunities.  America at the time was certainly capitalist, but since virtually nothing was scarce in the country, the conditions that would later foment Communist revolution worldwide were not yet obvious.  There had been various recessions and depressions, but with the exception of the 1819 depression, most economic problems had been localized and diffuse.  And while there were certainly rich (relatively speaking) men around, there was yet no super rich class (folks along the lines of the Astors), no robber baron class, no obvious gulf between the rich and poor (since most everyone still participated directly in the production of goods).  No, the gods of capital had yet to wrest control of America; rather, it was the government that stood everyone in line and set the stone tablets of moral imperative for the country.  Thoreau, finding that morality lacking, had a clear target.  That target we call today, in our pre-digested and overly simplified way, the public sector.

Marx's target was older and more evolved, but just as clear.  The morality he opposed was indeed dictated by governments, but these governments themselves are controlled by money.  Monarchical and feudal privilege had by this time mostly disappeared and evolved into the dictatorship of the bourgeoisie.  Marx's Europe was fighting with all kinds of shortages, and in the production processes of the capitalist machine he located the dehumanization of its subjects.  Marx certainly had a beef with governments, but the source of the problem was not there, but in the people who pulled the government's strings . . . and those people were very private.  Or, as we say, the private sector.

And yet, does this public/private dichotomy even make sense?  The forces of control are all public to the degree that they delimit our public sphere; and private to the degree that they are constituted at a level different than the one they occupy (here in America, by the ballot if you are an optimist, and by the checkbook if you are a realist).  Think of governance in a larger sense: who runs your life?

In the end, the whole public/private debate is a red herring: we should think of governance as the monolithic structure that runs our lives.  This structure has its public and its private aspects, and these aspects do not necessarily code out the way we normally think they do.  There is, in this country, an absolute continuum between what we normally consider public and private*, and the struggle is between various ideas of morality, not between ways of executing this morality, which is all that "public" and "private" boil down to.  It is time to dispense, once and for all, the idea that "public" sector and "private" sector oppose each other.

It is not my job here to reconcile Marx and Thoreau; rather, I think that an understanding of each can inform us on governance in the larger sense.  Both Marx and Thoreau are concerned, at their very core, with dehumanization.  And, at the end of the day, it doesn't matter how we fight against the dehumanizing forces we face: it just matters that we fight.


*          *          *          *          *
Sometimes, like I said, civil disobedience is a simple thing, if not an easy thing.  It is simple for Libyans, Egyptians, Tunisians.  Simple, but certainly not easy.  On the other hand, it is easy for Americans, but extraordinarily complex.   Is there a store that you can buy from which does not, in some way, diminish the rights of citizens somewhere?  Is there a vote for a man or woman who is truly and always just?  Can I breathe, eat, and live without diminishing the earth?  Indeed, to paraphrase Thoreau, how can I make a living without standing on another man's shoulders?

The short answer: you can't.  Failure is the end result of any action we take.  And yet, (once again) from Beckett by way of Zizek, we can fail better.  We can improve.  We can always improve.

And that is the duty of civil disobedience.

You don't have a blackboard, but Glen Beck does. Come on, man! Get off the bench and into the game!