LeBron James as Unwilling Darth Vader, and Other Tales Ending in June; plus, In Rotation

Welcome to June, where here at the homestead, we are wondering if the Tigers can stay close enough to the Indians to benefit from the inevitable Cleveland jinx, and if the ascendancy of the Royals and the Indians actually means a new day in the AL Central.  Well, okay, we don't really spend much time thinking of that at all.  We just hope the Tigers can stabilize their bullpen before August.

It's been a lovely NBA season, truly one of the most satisfying sports seasons in recent memory.  We'll get to that in a minute; but first, a playlist: 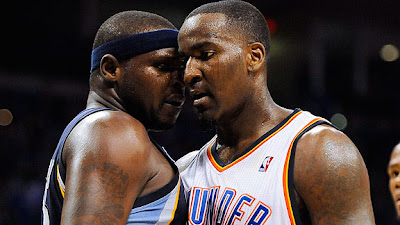 This sure has been an all-round fun NBA season.  The story lines were all over: the final demise of the Phil Jackson Lakers, followed by the unlikely announcement of the next-generation Lakers under ex-Cavs coach (and perceived, though perhaps unfairly so, LeBron victim) Mike Brown.  The Sixers and my Pacers show plenty of guts in losing causes in the first round of the Eastern Conference playoffs.  The Pacers, in particular, impressed everybody as a pretty well made car that's just missing an engine (Charles Barkely: "You know, you take LeBron off those Cavaliers teams he was on, and put him on this team, and I think you see a different result in the finals.").
We also saw the re-invention (on the fly, I might add) of the Spurs, put to an untimely end by the rise of the Memphis Grizzlies.  The Hornets, after giving the Lakers fits in their series, wonder if there is any way they are going to be able to hold on to Chris Paul . . . who, by the way, returned to his old form in a way that many of us didn't think was likely, or even possible.  The perennially snake-bit Trailblazers, while pondering their own future, managed to give the Mavericks their only really competitive series before the finals.  The Celtics look too old, the Thunder still too young, and we still wonder if the Grizzlies were a mirage, or if they are for real.  And the only team that truly looked like chumps were the New York Knicks . . . so much for the dangerous Amare/Carmelo combo.
Derrick Rose was able to win one series almost singlehandedly, but not another.  Kobe looked more and more human, though still dangerous.  Garnett looked lost. Chris Paul looked around and saw young "pass first" PGs like Rajon Rondo and Mike Conley stepping up & decided he'd better do the same or risk becoming irrelevant.   Carlos Boozer emerged as the most over-rated player, Marc Gasol as the most under-rated.
And then, the finals.  Miami, who effectively transformed themselves from a likable blue-collar grind-it-out team to villains over the summer, got it together during the playoffs to actually become the team they are on paper.  There is the suggestion that "The Decision", far from being the mistake that everybody including LeBron thought it was, was actually part of Pat Riley's master plan to raise the stakes and form a crucible that would forge the Heat into the great team Riles thinks they are.  Dallas, on the other hand, played steadily and confidently throughout the season only to completely blow up in the first three rounds of the playoffs . . . to the degree that people are mentioning Larry Bird and Dirk Novitzky in the same sentence, and even Bird doesn't have a problem with it.
LeBron's marriage to the Heat has been great for basketball, even if it has been rough on his public image.  The NBA needs bad guys and, unlike the Knicks of the 90's, it needs bad guys with rings.
So now here we are, with a real good guys v. bad guys final on our hands.  Great end to a great season.
And then, the lockout starts.
Posted by Bill Zink at 18:10